Giles was bought up in a farming Christian family in Bedfordshire. He enjoyed his childhood playing with tractors and enjoying numerous sports. These pursuits could have become the main things in his life but, in his late teen years, God bought him to a realisation of his need to know God. Since then, he has been seeking to serve Jesus and His church. Giles is married to Lauren and they have 4 young boys and a daughter. They have moved from Brighton to join the leadership at Hope Church.

You can listen to Giles’ story: 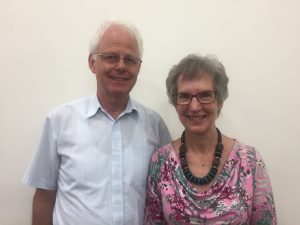 Stuart was brought up as a devout Catholic and always had an interest in spiritual matters but did not appreciate the need to have a relationship with Jesus Christ.  While studying at Southampton University, he was encouraged to read John’s Gospel and soon realised that he must be ‘born again’ by the Spirit of God.  He put his trust in Jesus Christ, his death and resurrection for forgiveness and everlasting life.  He is keen to see Hope Church become effective in reaching a world that needs to understand the Good News about Jesus. Stuart is a retired Medical Physicist and is married to Jennifer, a retired primary school teacher.  They have two married daughters and six grandchildren.

Mike Mellor worked for years in the newspaper and music businesses, during which time he spiralled down into the chaotic life of an alcoholic. After conversations with a work colleague he was dramatically converted to Christianity. He then studied at the South Wales Bible College and went on to pastor churches in South Wales and Covent Garden in London. After serving as a staff evangelist with the Open Air Mission, he joined the pastoral team at Moordown Baptist Church in November 2008. Hope Church Ferndown, is a church plant from MBC and became fully independent in September 2011. Mike is still married to his long-suffering wife Gwen and they have four married daughters and seven grandchildren.

You can listen to some of Mike’s sermons on the Sermons page on this website. Mike can also be found on Twitter. 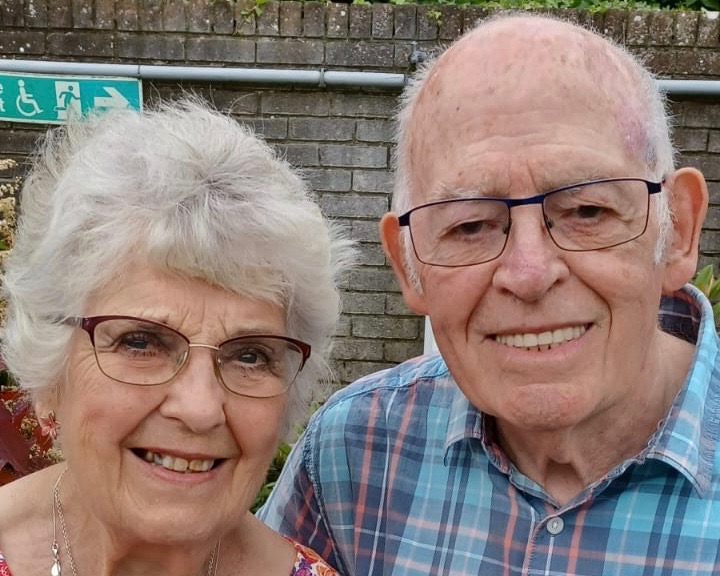 Alan was the youngest of 6 children and lived in Herefordshire until he was 17.

Too poor to consider university he left home at 17 to enter a plastics laboratory in the Midlands and studied Chemistry on day release. He met Kathleen 2 years later when she joined the lab staff. For Alan it was love at first sight, but for Kathleen, conflict, because she was a committed Christian. Three months later, Alan found himself sitting, hearing the gospel news for the first time. Two Sundays, in January 1957, later he found Jesus, was soundly convicted, and in his words, filled with the Holy Spirit.

Kathleen and Alan were married in October 1959. In 1962, their first baby was born with spina bifida and died one year later. They now have 3 children and 8 grandchildren. For several years, they were committed to youth work and after 25 years with same company, God called them to mission.

The next 25 years he worked for a Dutch mission Open Doors, directing the work in the UK, living in Holland for nearly 5 years, and for the last 10 serving internationally.

They migrated south in 2015 and discovered Hope Church.

There is no need to book in to attend any of our meetings. The building will have good ventilation and hand sanitiser is available. It is no longer a legal requirement to wear a face covering in the building, but you can if you wish to.