Have a listen to Lydia’s report of her recent trip to Uganda with Mission Direct:

You can watch Kimberley’s story here:

and watch her being baptised here: 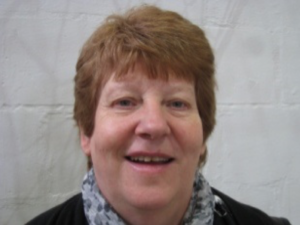 I had a really devout Christian grandmother. I think my parents believed in God, but they didn’t go to church. I went to Sunday School, though, and I heard about Jesus there. I was about 4 or 5.

We moved when I was about 7. I started going to an Anglican church, but the services were just a formality. There was no Jesus there. I stopped going to church altogether quite soon.

It wasn’t until years later when I moved to Ferndown that I thought any more about God. Different people in your life draw you in different ways, don’t they? People from the local church used to come around visiting and giving out tracts. Maybe you do that and think you’re not getting anywhere, but it does make a difference! I used to keep those tracts and I listened to what they said. It still took me a long while, but it was a link in my story.

I didn’t go to church at that point, but I used to send my son and daughter. They went to Pinehurst Chapel on the minibus. One Sunday, they invited me to a family service and I had such a warm welcome there. I just felt the love of God there and thought “I’ve got to go again.” I started going regularly but I worked on a Sunday so it was difficult. One Sunday, I can still remember the preacher speaking on the Samaritan woman at the well*. I knew God was talking to me and convicting me of my sin, but instead of asking somebody what I should do, I ran away! I walked out thinking “I shouldn’t be here, I’m not good enough, I’ve got to put my life right.” But I didn’t yet realise that you can’t do that on your own; you need God, don’t you? So, I stopped going to church again. But God didn’t let go of me because a short time later I badly broke my leg! I couldn’t work or rush round as I usually do. At the same time my son used to go to the children’s group and they had given him a Bible. So, there I was, with a plaster cast on, not able to move, with this Bible! I started to pick it up and read it and before long I couldn’t put it down.

Around this time, a lady from the church had booked me on to a trip to go and see a Billy Graham “spin-off” at Southampton. I thought, “I can’t go while I’ve got this plaster cast!” But she persuaded me to go and said “we’ll help you, Sue!” So, I went and I gave my life to the Lord that night. They speakers invited people to give their lives to the Lord and I thought “no, I can’t!” I sat there and I asked my neighbour to come with me. She said “I’m not going down there, Sue!” and so eventually I went on my own. I was the last one to go and I went clunking down the steps with my plaster cast on!

After I became a Christian I was working in a pub and the ridicule could be awful. There were two youngsters there who became Christians at about the same time as me. The other workers used to say “Here come the God-squad” and it was quite hard really. And my family thought I’d flipped! They thought it was just a phase that would fade, but they’re still waiting! Since I gave my life to the Lord, it’s been wonderful really. I’ve had my ups and downs because life is tough sometimes, but I’ve hung on in there for 30+ years. A favourite verse of mine is Psalm 46 verse 10: “Be still, and know that I am God.”

I want to encourage everyone because of all those links – people who prayed, those tracts, those knocks on the door and just through life experiences, God called me.

Here are the slides that were shown during the message on Sunday morning, 17th February: 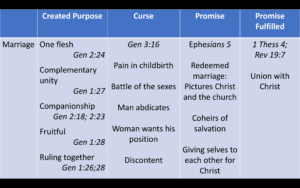 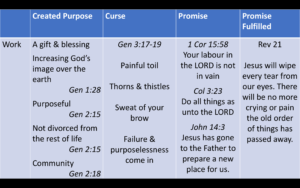 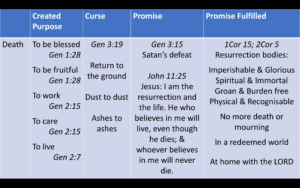 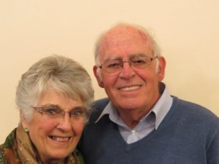 I was brought up in a Christian family. It was such a blessing, although you don’t always realise that at the time. Sometimes you think you’re restricted and can’t do what other people do because your parents make you go to church. I heard the gospel every Sunday night and I gave my heart to the Lord when I was quite young really. I can’t remember a specific day or time. I think when you’re born into a Christian household it can be a gradual process. Certainly not “black to white” like my husband’s conversion!

When I was in my teens and going through a rather rebellious stage I really asked Jesus to help me and come into my life again. I know that He’s always been with me, though it hasn’t always been easy! The Holy Spirit gives you a conscience. As you face things in your life you think “That’s not where Jesus would have me go,” or “That’s not what Jesus would have me do.” I think as a Christian your conscience is activated whereas when you’re not a Christian you don’t have those feelings, you just do what you want to do. You need to be forgiven by God constantly because you keep failing, but you still have a sense of His love and faithfulness.

There are lots of times when God has shown His faithfulness to me! A text that has always helped me is “You will keep in perfect peace him whose mind is steadfast, because he trusts in you. Trust in the Lord forever, for the Lord, the LORD, is the Rock eternal.”* I feel that the Lord has been my “Rock Eternal.”

Times when He’s really proved Himself to me over the years? If I hadn’t had God in my life I don’t know where I would have turned. Especially when we had our first daughter, who was born completely paralysed from the waist downwards, which was such a terrible shock. But I felt that the Lord helped me to cope with it. He gave me a peace in my heart that couldn’t have come from anywhere else. Otherwise I would have panicked and wouldn’t have known what to do. The Lord helped me through that.

Another time was particularly when my husband, Alan, was travelling a lot (for those who don’t know, my husband worked with a mission called “Open Doors” which involved him travelling a lot). He was away from home frequently while I was bringing up three young children. They always asked all the awkward questions when he was away! So, there was no way I could say “Ask your Dad!” I really cried to God for wisdom in those times and I believe He gave it to me.

One time, the mission Alan was involved in meant taking Bibles to Eastern Europe in the Cold War days. On one of the trips he was on, I and the three children went with him. We never thought it would happen to us, but we were caught. Alan was taken into prison by the KGB and then they took me for questioning. They took our three children away, which was horrible. But somehow, God gave me that peace inside even though we didn’t know what was happening. I seemed to have a calm that, even to myself, was unexpected. I never would have believed that God would have given me such calm in those circumstances. When they eventually released me and took me back to the place where they had left the children, I put the radio on. The radio played “Rivers of Babylon,” which was a pop song by Bony-M, but to me it was a sign from God that he was with me because those words are from Scripture. I thought: “Here we are, in an East-Bloc country and God’s given me this sign that He’s with me!” It was just amazing. It says, further on in the song: “How can we sing the songs of the Lord, while in a foreign land?” And I thought, “we’re in a foreign land, and although it’s a pop song, it’s a song of the Lord.” So that was a real comfort to me, during a time when I had no idea what was going to happen to us.

A further time was 2009 when I was very ill with an undiagnosed illness. I’d been ill for weeks and finally ended up with septicaemia, peritonitis and a thrombosis on the portal vein! Because they couldn’t diagnose what was the matter with me, Alan eventually called the prayer team from church into the hospital. I was really out of it, but I was conscious that they were there and praying for me. Two days later I had a diagnosis and although in everyone’s eyes I should have died, God brought me through. So I believe He still had a work for me to do – and here I am!

All meetings are at Corbin Avenue unless otherwise stated.